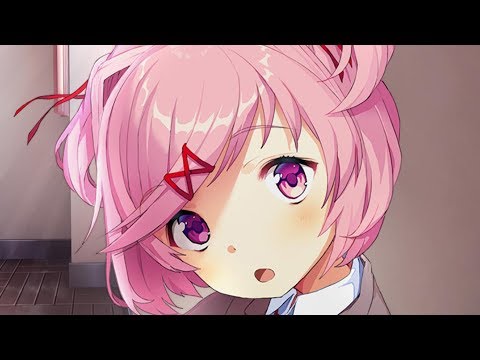 Some amazing video game hits debuted in 2017 — so many that you’ll need a whole extra year just to play them all. But for all the huge, buzzworthy games that topped the charts, there are plenty more excellent games that may have flown under your radar. Open up that wallet and clear your calendar: here are the best games you never played in 2017. Lone Echo While the Oculus Rift, HTC Vive, and PlayStation VR platforms are still around, they’ve remained relatively niche products with an audience that’s mostly techies and hardcore enthusiasts. “No, no, no, no, no! How do I get outta here now!” And that’s a shame, because it means that a number of really great games got ignored. Take Lone Echo, for example.

The adventure game has all of the hallmarks of a big hit: it’s got a bunch of clever, environmentally-driven puzzles. It features an affecting storyline that hinges on the relationship between you, a service android, and your space station’s sole human occupant. There’s even a sports-based multiplayer spin-off. Lone Echo even manages to solve one of virtual reality gaming’s biggest problems, with an innovative travel system that mimics how astronauts move in zero gravity environments. Instead of pointing a controller and warping to a new position, players propel themselves around Lone Echo’s space station by grabbing onto surfaces and pushing off to float through zero-G. It’s cool, different, and probably won’t make you barf. Probably. Lone Echo won Best VR Game at E3 2017 for a reason, and when — or if — virtual reality becomes more mainstream, make sure you check it out. Dishonored: Death of the Outsider The first two Dishonored games are all about playing the way that you want — to a point. The game’s “chaos system” tracks how many non-player characters you kill, and makes the level easier or harder accordingly.

You need to unlock your powers as you go, and you need to find power-refreshing elixirs to use them. Dishonored: Death of the Outsider throws all that out the window. In the franchise’s latest adventure, you can kill — or not kill — as you see fit. You get all your powers at once, and you don’t have to worry about running out of juice. Your abilities need a brief recharge period, but that’s it. As exhilarating as Dishonored: Death of the Outsider is, don’t rush through it. This might be the last Dishonored adventure you get to play for a while. Death of the Outsider wraps up the story that began all the way back in the franchise’s first game, and future installments will focus on new characters — if there are any more Dishonored games at all.

Right now, Arkane Studios creative director Harvey Smith isn’t sure. If this truly is the end, Dishonored: Death of the Outsider is a worthy send-off for the series. Plot-wise, Death of the Outsider may not reach Dishonored 2’s lofty heights, but it’s a well-made game all the same. Don’t miss it. West of Loathing A great game doesn’t need fancy graphics. Kingdom of Loathing, the browser-based RPG from Asymmetric Publications, became an internet sensation with basic stick-figure characters. Its follow-up, West of Loathing, follows in that tradition. The crude black and white visuals might look simple, but they get the job done just fine, creating a wacky version of the wild west that’s easy to get lost in for hours. West of Loathing isn’t just a great and surprisingly deep turn-based RPG, either. It’s also one of the funniest video games ever made.

Interactive humor is hard to pull off, but West of Loathing doesn’t seem to have any trouble in the laughs department. Item descriptions, which are disposable in most RPGs, are hilarious. The skills you learn — like, say, “Mostly Scabs,” which you get by running into cacti — are pleasantly ridiculous, while branching dialogue options make you part of the joke. Even the settings menu is funny. How often does that happen? West of Loathing isn’t hard, or genre-changing, or particularly well-balanced.

But who cares? Every second of the game is a joy. In a year like 2017, that counts for a lot. Pyre Sports aren’t just about numbers–they’re about people. Pyre, which asks players to manage a team of exiles through basketball-like rituals called rites, takes this to heart. It’s absolutely a fantasy game, but it’s inspired by the drama that accompanies real-life athletic competitions. As you go, you’ll learn more about both the players on your team and the world surrounding them. Like a real sports team, sometimes you’ll fail. In those cases, it’s up to you to get back up and recover before the next bout. Without spoiling too much, a mid-game twist radically changes Pyre’s strategies, forcing you to make decisions that are as excruciating as anything a coach deals with in the real world. There’s more to Pyre than the rites — you’ll also explore the map, gather resources, and level up your players — but everything that happens in the game revolves around team-based competition and the stories that inevitably result. Pyre’s stories are good ones, too, but that’s hardly a surprise considering developer Supergiant Games’ reputation for excellence.

Anything short of that would be a major upset. The End is Nigh Super Meat Boy is one of the best platformers ever made. It’s also seven years old. That’s plenty of time for interested gamers to figure out how to run, jump, and slide through the game’s challenges no matter how hard they are. Thankfully, in 2017, Super Meat Boy co-creator Edmund McMillen and his partner, Tyler Glaiel , gave platformer junkies the ultimate gift: a brand new game with over 600 single-screen levels, tons of secrets to find, and the same brutal-but-fair difficulty curve. On McMillen’s site, he says that The End is Nigh “embodies aspects of basically every game I’ve ever created.” That means it’s more than just a Super Meat Boy retread. After all, McMillen also made The Binding of Isaac, Aether, and Coil. And we haven’t even mentioned The End is Nigh’s minigames, exploration-heavy world, or post-apocalyptic storyline. Like all of McMillen’s games, The End is Nigh isn’t for everyone, but players who are succumb to its charms and uncover its secrets won’t be disappointed. Bye-Bye BoxBoy! The biggest problem with Bye-Bye BoxBoy! is that it’s the last entry in its series.

According to Nintendo, HAL Laboratory’s puzzle platformer rounds out the makeshift trilogy, bringing the 3DS’ most underrated franchise to a close. That’s a shame, because from the very beginning, BoxBoy! has been a masterclass in level design. Seasoned pros won’t find Bye-Bye BoxBoy! too challenging, but like its individual levels, Bye-Bye BoxBoy! is short, sweet, and doesn’t overstay its welcome. In fact, we’d be happy to see the franchise return for an encore performance, as unlikely as that seems to be. If you haven’t checked this series out, do yourself a favor and change that as soon as you can. Gorogoa A six-year development cycle for a game that only lasts a couple of hours? You better believe it. Jason Roberts, an artist and former software engineer, started making Gorogoa way back in 2011. It didn’t hit PCs, iOS devices, or the Nintendo Switch until December, 2017. So what took so long? Open up Gorogoa, and you’ll know instantly. Roberts hand-drew every single piece of Gorogoa’s artwork — and with up to four pictures per level, there’s a lot of it.

And though the game’s premise might be simple — find a way to combine or link all of the images to create something more than the sum of its parts — the pictures are anything but. Gorogoa is both gorgeous and amazing. So, yes, Gorogoa took a long time to make. Roberts admits that he probably could’ve been more disciplined during its production — he ran out of money for the project…twice. And even though it’s not a very long game given how much time it took to make, it doesn’t really matter. You’ve certainly never played a game quite like Gorogoa, and we can’t wait to see what Roberts has in store next. Hopefully, it won’t take quite as long to see it. “Well, we’re waiting.” Reigns: Her Majesty If Game of Thrones meets Tinder sounds like your idea of a good time, check out Reigns: Her Majesty, the interactive fiction app from Devolver Digital. As the ruler of an unnamed kingdom, you’re presented with a number of requests, pleas, and warnings from your subjects and members of your court.

Swiping right makes one decision. Swiping left makes another. Every choice affects at least one of four meters, which measure your popularity with the church, the public, and the military, and let you know how much money sits in the royal coffers. If any one of the meters gets too high or too low, your monarch dies a grisly death, and you move on to the next person in the line of succession. Reigns from 2016 established the formula, while Reigns: Her Majesty improves on it in every way.

This follow-up lets you play as a queen instead of a king, providing your ruler with a whole extra set of obstacles—medieval fantasy kingdoms aren’t exactly bastions of gender equality, after all. That, in turn, gives writer Leigh Alexander opportunities to engage in some sly social commentary. An astrology system and inventory also make the game more strategic. Scenario cards are better written and have clearer consequences, making the game fair. You might be a fantastic ruler. You might be a terrible queen.

Either way, Reigns: Her Majesty certainly won’t leave you bored. Doki Doki Literature Club If you think you know how Doki Doki Literature Club is going to go, think again. On the surface, it looks like a zillion other “dating simulators,” casting you as a teenage boy surrounded by cute anime girls. It’s your job to woo one of them. Maybe you’ll choose Sayori your peppy and clumsy best friend. Or what about Natsuki, who appears abrasive but secretly has a heart of gold? Perhaps Yuri, the introverted nerd, is more your type. And there’s always Monika, who seems genuinely friendly. No matter who you choose, you’ll try to win her heart by writing poetry.

So far, so standard, right? And then, things go horribly wrong. Saying much more would ruin the experience… …but suffice it to say that Doki Doki Literature Club doesn’t just break the fourth wall, it shatters it completely. If you passed on Doki Doki Literature Club because it of its cutsey vibe, give it another look. And if you think that games devoted to seducing schoolgirls are inherently creepy, watch out. You ain’t seen nothing yet. Rime You’ve played games like Rime before. When its debut trailer appeared in 2013, critics compared it to Ico, Journey, and old LucasArts adventure games. The cell-shaded graphics remind many players of The Legend of Zelda: The Wind Waker.

Its looping world intentionally recalls Dark Souls. The set-up, which tasks a hero known as the Kid with exploring and solving puzzles on a mysterious island, hearkens back to Myst and The Witness, although Rime isn’t nearly as taxing as either of those games. But you’ve never played a game that feels like Rime before. The Kid’s world is soaked in atmosphere — each level represents one of the five stages of grief, and the aesthetics change accordingly — while composer David García Díaz’s music delivers perfect, subtle emotions. The story’s metaphors work overtime to deliver a tale about life, death, and loss. Rime might be too artsy-fartsy for some players. On a mechanical level, there’s nothing surprising, new, or innovative about Rime. Its puzzles are frustratingly shallow. Rime isn’t a game that you master, though. It’s one that you experience. If you value emotion and art design over challenge, Rime should be right up your alley.

Thanks for watching! Click the SVG icon to subscribe to our YouTube channel. Plus check out all this other cool stuff we know you’ll love too. .